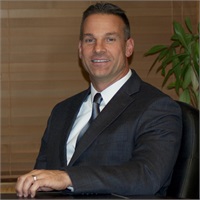 Thomas received his Bachelor's degree in Finance from Ohio University. After college, he enjoyed a ten year career as a professional football player in the NFL, CFL and WLAF before entering into the financial services industry. In 2007, Thomas earned the designation of Certified Financial Planner, CFP ® in addition to holding the Series 6, 63, and 7 Securities licenses and Life & Health Insurance. In 2008, Thomas was chosen as the CLA Business Person of the Year.

Thomas is involved in both the financial services industry and community. He helps coach the Cedar Crest High School football team along with various youth leagues. He also holds an Annual Sport Memorabilia auction that helps raise money that benefits local children and their families in the fight against cancer. Thomas resides in North Cornwall with his wife Katy and three children: Anne, Samantha, and Ellie.